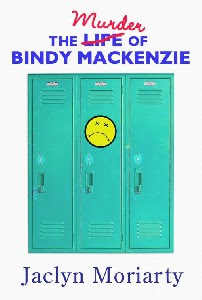 I felt sorry for Bindy at times too. It sucks being an outcast even if it's only in the FAD group. But I'm glad that Bindy pulled through!

This book was enjoyable and I liked it. The beginning was a little slow but besides that, nothing much to complain about. :) Here's my review of it.