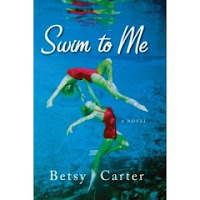 It is a long way from Grand Concourse in the Bronx to Weeki Wachi Springs in Florida, but to Delores Walker it is the place that she hopes to call home. 16 year-old Delores' father walked out a couple of years ago after a typically horrendous fight with her mother, and since then, Delores, Westie and mother Gail were on their own. The move is not a hard decision for Delores (except for the part of leaving her little brother). Her family's cramped, food stained apartment is not exactly paradise, and ever since she first saw the mermaids perform at Weeki Wachi, she knew that is where she belongs.
A long, hot bus ride later, Delores is in Florida, auditioning for Thelma Foote -- head honcho of the show. Even though Delores isn't exactly a beauty queen, her grace in the water and sage advice from mermaid Molly see her through, and she is moving into the dorms and is destined to become the star of the show, not to mention the local news.
In a series of interwoven events, the Walker family is brought back together (at least partially), and Delores is determined to break out of the cycle of poverty and abandonment that has been part of her family history.
Betsy Carter has written an engaging slice-of-life story that immediately draws readers in. The dysfunctional Walker family isn't too extreme, and many will be able to see parallels to corners of depression within their own family circles. Delores is quietly determined and strong in ways that are believable and heartwarming. The setting of 1970s America is perfect for these characters who do not know who they are yet, but know who they are not.
The first I had heard of Weeki Wachi Springs was this year on a reality-type television program. I have to say, that I have a soft spot in my heart for Americana such as this park. When my daughter finds out that people are actually mermaids for a living, we may be in trouble here!
Posted by Stacy Dillon at 3:30 PM